Felicia Ebot-Ojong is a doctoral student in genetics in Dr. Zachary Lewis’s lab. Her research focuses on investigating the control and function of facultative heterochromatin, which is important for gene repression. She grew up in Cameroon, Africa, where the odds of becoming a successful female scientist were against her. She was unable to attend school because she was female and came from a low socioeconomic class. She moved with her mother to the United States in 2009 giving her the opportunity to pursue higher education. She graduated from UGA with a bachelor’s degree in biology. With the help of this award she hopes to further her ambitions of becoming an academic professor and leading her a research group. She plans to continue to contribute to the advancement of diversity by sharing her story and inspiring her students to pursue a career in STEM.

Meghan Brady is a doctoral student in genetics. She studies corn with a focus on meiotic drive, when a gene or genes are passed to the next generation more often than they are supposed to be. She wants to understand how these systems have affected the domestication and evolution of the corn consumed today. She completed her undergraduate studies at Gettysburg College with degrees in biology and environmental studies. Her past work also includes behavioral ecology, cancer genetics, evolutionary genetics, and crop genetics and evolution.  She hopes to work in science policy. The GRFP award will make it possible for her perform experiments and share her work with both scientists and non-scientists in ways she would not be able to otherwise. She has encountered few people who look like her in the sciences as a learning-disabled woman, and this award has made her feel seen and valued within the science community. 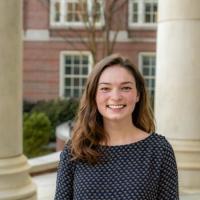 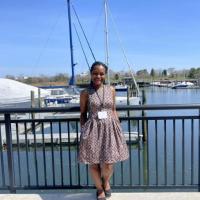