Three UGA faculty members have been named recipients of the Richard B. Russell Awards for Excellence in Undergraduate Teaching, the university's highest early career teaching honor.

"This year's Russell Award recipients combine innovation in the classroom with a heartfelt commitment to student success," said Senior Vice President for Academic Affairs and Provost Pamela Whitten, whose office administers the awards. "They inspire students and exemplify the University of Georgia's unrivaled learning environment."

The prize was established during the 1991-1992 academic year by the Russell Foundation and named for Richard B. Russell. Recipients receive a $7,500 cash award and are honored at the Faculty Recognition Banquet during Honors Week.

Dyer, who joined UGA's faculty in 2007, uses innovative methods to teach courses in evolution and genetics, allowing students to explore cutting-edge research both in the classroom and laboratory environments. In addition to advising graduate students, while at UGA Dyer has mentored nearly 50 undergraduate students as well as several high school students and teachers in research projects.

Dyer is a 2012 recipient of a National Science Foundation CAREER Award, one of the most prestigious early career honors for researchers. She was a 2009 Lilly Teaching Fellow and has served on various nomination panels for elite scholarships, such as the Rhodes and Goldwater scholarships, through the Honors program. She currently coordinates the genetics graduate program at UGA and serves on the councils of the Society for the Study of Evolution and the American Genetics Association.

Hernandez, who became a tenure-track faculty member in 2008, uses a multidisciplinary approach to engage her students in courses related to wildlife diseases and conservation medicine. Her classes, including an experiential learning course taught in Costa Rica, incorporate meaningful real-world experiences alongside lectures and more traditional approaches, and she is dedicated to mentoring students and acting as an advocate for students who are underrepresented in her fields.

Hernandez is a 2013 recipient of the Warnell School's Faculty Award for Excellence in Teaching, and she was named the 2013 Western Veterinary Conference Educator of the Year. She is a member of Warnell's Teaching Effectiveness Committee, which hosts a seminar series dedicated to improving teaching and mentoring, and has participated in UGA's Teaching Academy Fellows and Writing Fellows programs.

Mativo, who joined the UGA faculty in 2007, prepares future teachers for the increased emphasis in schools on the STEM fields of science, technology, engineering and mathematics. He has helped develop STEM curriculum using robotics for middle school education. Mativo also teaches several courses in the College of Engineering that help future engineers learn complex dynamics systems and apply the knowledge to inspired industry problems.

He has been co-advisor for a student chapter of the American Society for Mechanical Engineers and is founding faculty advisor for the Society of Automotive Engineers. Mativo has twice garnered the Faculty Senate D. Keith Osborn Award for Teaching Excellence in the College of Education, an honor that came in 2012 from nomination by engineering students and in 2015 from nomination by education students.

Nominations for the Russell Award for Excellence in Undergraduate Teaching are submitted by deans and considered by a committee of senior faculty members and undergraduate students. To be eligible for the award, a faculty member must have worked at UGA for at least three years and no more than 10 years in a tenure-track position.

To learn more about the Russell Awards and for a list of past winners, see https://t.uga.edu/2Zp. 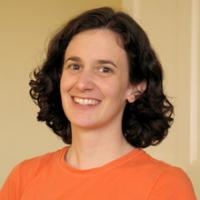